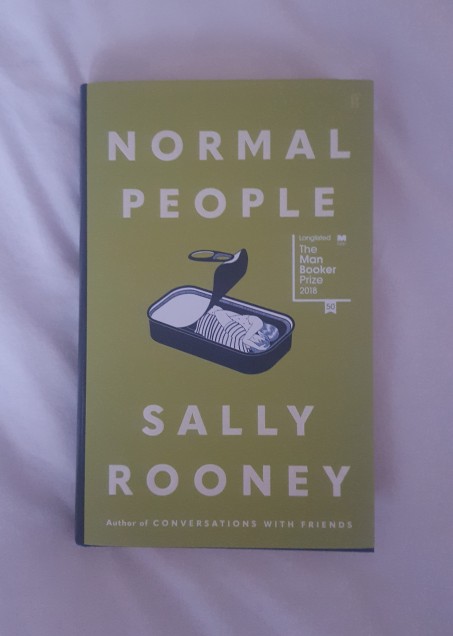 Normal People is a character study on teenagers Marianne and Connell as they struggle to get to grips with their social, academic and familial lives. Connell lives with his mother who got pregnant young and has raised him alone, whilst Marianne lives with her rich mother and brother Alan, with her father having previously passed away. However, they have more in common than they could have imagined and their relationship blooms as a result of Connell’s mother working for Marianne’s mother as a cleaner. Despite various issues and setbacks, the pair always seem to find their way back to each other, for better or worse.

The writing was a mixed bag for me, as I felt some parts were written beautifully, with the descriptions flowing and the dialogue on point. On the other hand, other parts felt bland and unrealistic, with the characters feeling two-dimensional. I felt frustrated at times, because I would be jolted out of a fascinating well-written chapter, and met with one that almost paled in comparison.

Our two main characters were often whiny and ungrateful, and despite their hardships I found them unrelatable and unlikable as many of their issues seemed somewhat shallow. This was an opportunity to discuss the wealth gap in top universities, as Connell comes from a poorer background and enters a rich one, but instead, he seems to morph into a version of the very people he hates. This was disappointing, because it could have added an element of social commentary to the book.

Marianne is portrayed as an unlikable character throughout the majority of this book and I’m sad she wasn’t given justice. She was clearly abused by her family, but no one ever cut her some slack and the only semblance of a resolution was Connell threatening her brother. Being an abuse survivor myself, I felt it was unfair to burden Marianne with all of these traits that were deemed as unlikable without fully explaining why she was like this.

The relationship between Connell and Marianne was tied together well and I felt sympathetic towards them, especially at the end, when they do seem to have matured somewhat. However, it took a lot of time and frustration for them to get to this level of maturity.

Rooney explores how wires can get crossed in an intimate relationship when Connell moves back to his mum’s house for the summer, which was interesting. Furthermore, she discussed how men can be victims of sexual assault too, which is an incredibly important and relevant topic.

I can only give this book a three out of five as it was only average for me. However, considering its place on multiple prize lists, and the praise it has received from other book reviewers, it must be a fantastic read for some people. Therefore, I’d recommend it if it does sound like something you’d enjoy, although I’m not promising you’ll love it!

If you would like to purchase this book, you can do so here from Book Depository. Please note that this is an affiliate link and if you buy any books through it, I will earn a small commission at no additional cost to you. I will be putting this commission towards improving the content I create for this blog.